If Books Could Talk WATCH THE LATEST BOOK TRAILERS AND VIDEOS FROM NEW AND UPCOMING RELEASES! 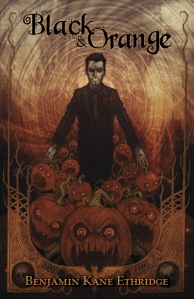 Forget everything you know about Halloween. The stories are distortions. They were created to keep the Church of Midnight hidden from the world. Every October 31st a gateway opens to a hostile land of sacrificial magic and chaos. Since the beginning of civilization the Church of Midnight has attempted to open the gateway and unite with its other half, the Church of Morning. Each year they’ve come closer, waiting for the ideal sacrifice to open the gateway permanently. This year that sacrifice has come. And only two can protect it.

Martin and Teresa are the nomads, battle-hardened people who lack identity and are forever road-bound on an endless mission to guard the sacrifice. Their only direction is from notes left from a mysterious person called the Messenger. Endowed with a strange telekinetic power, the nomads will use everything at their disposal to make it through the night alive.

But matters have become even more complicated this year. Teresa has quickly lost ground battling cancer, while Martin has spiraled into a panic over being left alone. His mind may no longer be on the fight when it matters most… because ever on their heels is the insidious physical representation of a united church: Chaplain Cloth.

Benjamin Kane Ethridge’s fiction has appeared in Doorways Magazine, Dark Recesses, FearZone, and others. His dark fantasy novel BLACK & ORANGE (Bad Moon Books 2010) has won the Bram Stoker Award for Superior Achievement in First Novel. Beyond that he’s written several collaborations with Michael Louis Calvillo, one of which is a novella called UGLY SPIRIT, available in 2011. He also wrote a master’s thesis entitled, “CAUSES OF UNEASE: The Rhetoric of Horror Fiction and Film.” Available in an ivory tower near you. Benjamin lives in Southern California with his wife and daughter, both lovely and both worthy of better. When he isn’t writing, reading, videogaming, he’s defending California’s waterways and sewers from pollution.

Say hi and drop a line at ben@bkethridge.com

About Peter: Rock Star from Galilee

If the New Testament were a Broadway musical, Peter would be one of the stars. He lived life loud, while making his best effort to be one of the best disciples. Peter was like a modern day rock star, but his struggles were just like ours. If Jesus could shape Peter into a solid rock of a disciple, he can surely do the same for you.

From his first call to follow, Peter was acutely aware of his own sinfulness. He wanted Jesus to go away, but ended up following. What makes people push Jesus away today? What makes them decide to follow? These are the kinds of “chew on this” questions you’ll find in Week One of Peter: Rock Star from Galilee.
Music always speaks to a deep place in the heart. Let music accompany your Bible study. Peter: Rock Star from Galilee will guide you through the ups and downs of Peter’s life story with a playlist of songs and hymns paralleling each chapter.

To better understand the feelings Peter had after denying Jesus three times, listen to Josh Wilson’s “Before the Morning.” Feel the love Christ had for all people even as he died by listening to the lyrics of “Amazing Love” by Chris Tomlin. By the end of the eight week study, you will create your own playlist of at least eight songs to bring back all you learned about Peter.

Well-grounded in biblical Christianity, Sherree G. Funk is passionate about sharing her love and knowledge of God’s Word with the next generation. She has earned Bachelor’s and Master’s degrees and holds a Certificate in Christian Studies from Asbury Theological Seminary. Sherree leads small groups of teens at Ingomar UMC. Peter: Rock Star from Galilee is her latest release. Her other teen Bible studies are available at www.servingonelord.com.

About You Never Know 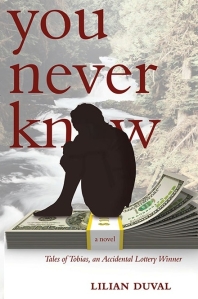 What happens when an ordinary person becomes extraordinary?

Tobias starts out in life much the same as any of us—not rich, not poor, with imperfect parents and unlimited ambition. When he’s twenty years old, his future is altered in irreparable ways after a tragic car accident pushes him down a new path. The once-promising anthropology major is forced to abandon his dreams in order to care for his orphaned, brain-damaged younger brother.

In his late thirties, Tobias works in a bookstore, trying desperately to make ends meet to support his family. His daily grind only reinforces the sadness that broken dreams and bad luck bring in their wake.

How many times have you heard someone say, “If only I won the lottery?”

When Tobias finds he has won the Mega Millions lottery, his unimaginable bad luck seems to have changed into unimaginable good luck … or has it?

Over peaks and valleys, this uplifting journey will challenge the limits of luck, life, and what we value most.

Find out more about the complications of Tobias’s friendship and rivalry with his best friend, Martin; the effects of all this bad luck and good luck on his marriage; and the struggles of his brother, Simeon, once a talented cartoonist, in … You Never Know.

Lilian Duval has been fascinated with lottery winners for years, and they’re the inspiration for her intriguing novel You Never Know, which explores how an ordinary man copes with terrible luck, and later, amazing luck, when he wins the Mega-Millions lottery. Her story collection, Random Acts of Kindness, will be published in 2012.

Lilian and her husband are both survivors of the 2001 terrorist attacks on the World Trade Center. They live in a small house in New Jersey overlooking a large county park. She’s an amateur classical guitarist and enjoys attending concerts, plays, and movies in New York City.